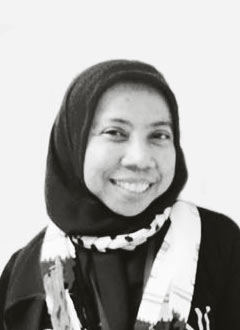 Dr. Amporn Marddent is an anthropologist and the head of the Center of Excellence on Women and Social Security at Walailak University, Southern Thailand, where she also teaches cultural studies. She obtained her PhD in anthropology at Goethe-Universität Frankfurt (2017) on Gender Piety of Muslim Women in Thailand. She works both as activist and academic in cross-disciplinary approaches, comparative religion study, gender, anthropology and peace mediation-encourages women and young people to work for equality and justice particularly in regards to the negative impact on inter-communal relationships between Muslim and non-Muslims during the decades of unrest in the Deep South Thailand. Many of her works, for example, Sexual Culture among Young Migrant Muslim in Bangkok (2007) and Gender Piety of Muslim Women in Thailand (2013) are based on her ethnographic investigation in Bangkok and Southern Thailand.