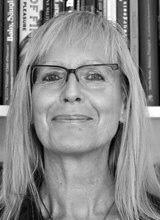 Prof. Susanne Schröter is founder and director of the Frankfurt Research Center on Global Islam, principal investigator at the Cluster of Excellence "The Formation of Normative Orders" and professor at the Department of Social and Cultural Anthropology at the Goethe University Frankfurt. She is also member of the executive boards of the German Orient Institute and the Hessische Forum für Religion und Gesellschaft (Hessian Forum for Religion and Society) and serves in the scientific advisory council of the Institut für Demokratie und Zivilgesellschaft (Institute für Democracy and Civil Society). She is also a member of the Polytechnische Gesellschaft (Polytechnical Society) and member of the senate of the Deutsche Nationalstiftung.