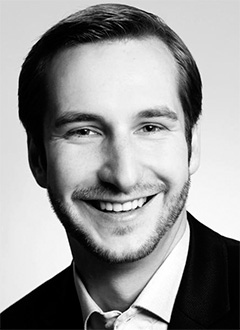 Philipp Fritz is currently a PhD candidate at Goethe-University Frankfurt. In his dissertation, he focuses on the establishment of an independent Military Anthropology as a new practice-oriented discipline in German-speaking Cultural Anthropology. His work is funded by the Studienstiftung des deutschen Volkes and the Hanns Seidel Foundation. He concluded his M.A. studies in Cultural and Social Anthropology at the Goethe-University in 2017, with an empirical study on operational realities and military subcultures in the German armed forces. His other research interests include security and defense policy as well as militant extremism in a global context. He has regular speaking engagements on questions of the traditions of the German Armed Forces and its military culture. In addition to his academic career, he is a Captain in the German army reserve and periodically works at the German Federal Academy for Security Policy.